The highly anticipated GovHub building at Morwell in Victoria’s Latrobe Valley officially opened its doors to the public on Wednesday. In attendance for this (important) event were representatives from the Gunaikurnai traditional owners, representatives from the occupying Departments and the Minister for Regional Development Mary-Anne Thomas and local member of the Australian Labor Party, Harriett Shing.

Building strong relationships with the local community and acknowledging and paying respect to traditional owners has always been a priority for Castlerock. A welcome to country smoking ceremony was conducted by representatives from the Gunaikurnai people which was enjoyed by all in attendance.

The ceremony took place at the front of the GovHub building for all onsite and community members to enjoy and take part in. 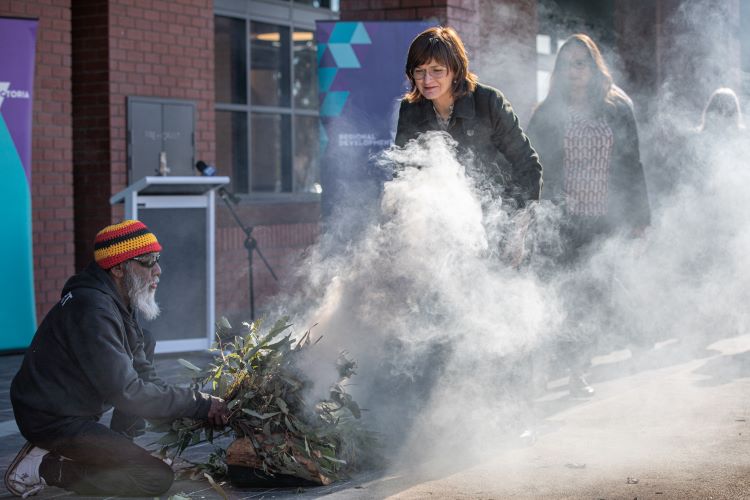 In their opening sheeches, Thomas and Shing both congratulated Castlerock and all key stakeholders that contributed to the success of not only developing a state-of-the-art building for the Latrobe Valley region, but also incorporating the traditiional owners heritage and history of the Morwell communuty. Thomas also spoke about the Victorian Governments desire and commitment to provide pathways for locals, and attract more people to live and work in the region and enjoy all it has to offer. 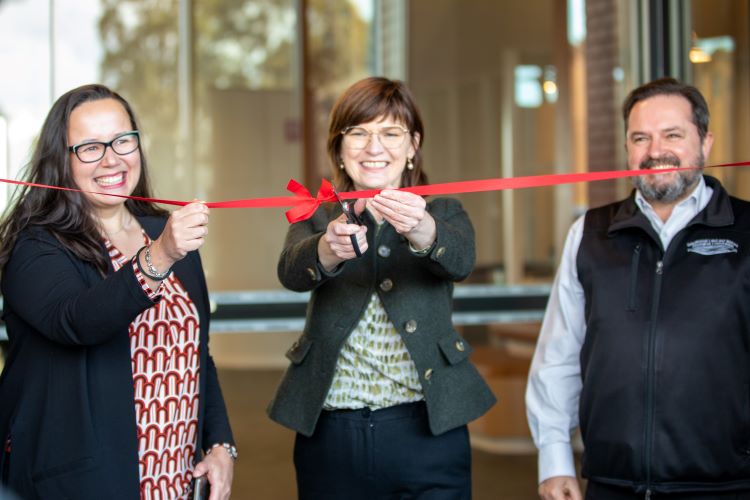 Castlerock bought the land where the GovHub was developed via a private sale in 2017 and, like many of our properties, entered into a long-term lease agreement with the Victorian Government until 2035. Re-locating their offices into the GovHub building is Parks Victoria, Earth Resources Regulation Development Victoria and Solar Victoria.

The building holds a number of key features that have been highlighted in Castlerock being awarded the Australian Steel Institute’s Steel-Clad Structure award for Victoria in late 2020, and recently being shortlisted for the coveted Urban Developer Excellence in Leadership award.

Employees and visitors to the GovHub will also find situated throughout the hallways of the building traditional Koorie paintings centered on the “Gunaikurnai dreaming story’. Castlerock engaged the Gunaikurnai Land and Waters Aboriginal Corporation (GLaWAC) to allow local indigenous artists to use artwork to display their heritage to the public.

Inside each of the boardrooms, Castlerock took the opportunity to partner with The Torch , a not-for-profit organisation with the objective to provide art, culture, and support to Indigenous offenders in the Victorian prison system. Through this partnership boardroom tables were delivered to Fulham Prison to undergo a “burning” of traditional Koorie designs by indigenous inmates.

Throughout the development process, the Castlerock team continuously made efforts to employ local labor and only use local materials. We are proud of our achievement of reaching 82% of all trades and suppliers coming from the Latrobe Valley Region. Like all industries and companies, the development battled through the Covid-19 pandemic restraints but has resulted in a state-of-the-art building that will deliver for the local Morwell and wider Latrobe Valley residents for many years to come.

The opening of the GovHub delivers on a promise by the Victorian Government to the Morwell community to support economic growth and create hundreds of jobs in the region. The building is providing a long-term annual boost of $15 million to the local economy and can accommodate up to 300 employees with 200 of these new to the Latrobe Valley area.

But the GovHub building delivers much more than just economic growth; it is providing a place for the local community and visitors to visit and learn about the heritage of traditional owners in the region.

Additional features of the GovHub include: