Final designs for the Castlerock Property-developed Latrobe Valley GovHub – a purpose-built regional employment centre that will be home to 300 workers, including 200 public sector staff – have been revealed.

The Victorian Government Minister for Regional Development released artist impressions of the $30 million project – located on the corner of Church and Fleming Streets, Morwell – to the local community this month.

Construction of the 4,000-square-metre building is set to commence in September and is scheduled for completion in late 2020. The Latrobe Valley GovHub will feature modern office spaces, shared meeting rooms, a community hub, business incubator zones, an exhibition space and a locally-run café.

The Victorian Government has committed to a 15-year lease (with two, five-year options) and appointed Castlerock Property to deliver the project in May 2018. The property will be developed inside the Auslink Property Fund 2 and be managed by Castlerock once completed.

Castlerock Property’s Adam Bronts said: “The Latrobe Valley GovHub is an opportunity to create a building with character that truly belongs to Morwell, and with the design work now complete we’re looking forward to working with as many local contractors as possible to make the GovHub a reality.”

Castlerock Property appointed WMK Architecture to design the Latrobe Valley GovHub – one of three buildings of its type to be delivered by the Victorian Government around the state.

WMK Architecture’s design incorporates the Latrobe Valley’s industrial history with the building’s roof taking cues from the bucket wheel dredges, traditionally used in mining, that have been a feature of the region for generations.

The community had an opportunity to share their ideas for the project design at an earlier consultation session, which emphasised the need to celebrate Morwell’s rich history and industrial identity.

WMK Director of Architecture Steve Tallinger said: “The building of the Latrobe Valley GovHub plays an important role in the reactivation of the Morwell community, generating both enterprise and employment, an initiative WMK is very proud to be a part of.”

The facility will be one of the most energy efficient buildings in the Latrobe Valley, using the latest technology in modern workplace infrastructure. It is expected to create 100 jobs during construction, with more than 75 percent of building materials and services to be sourced locally. 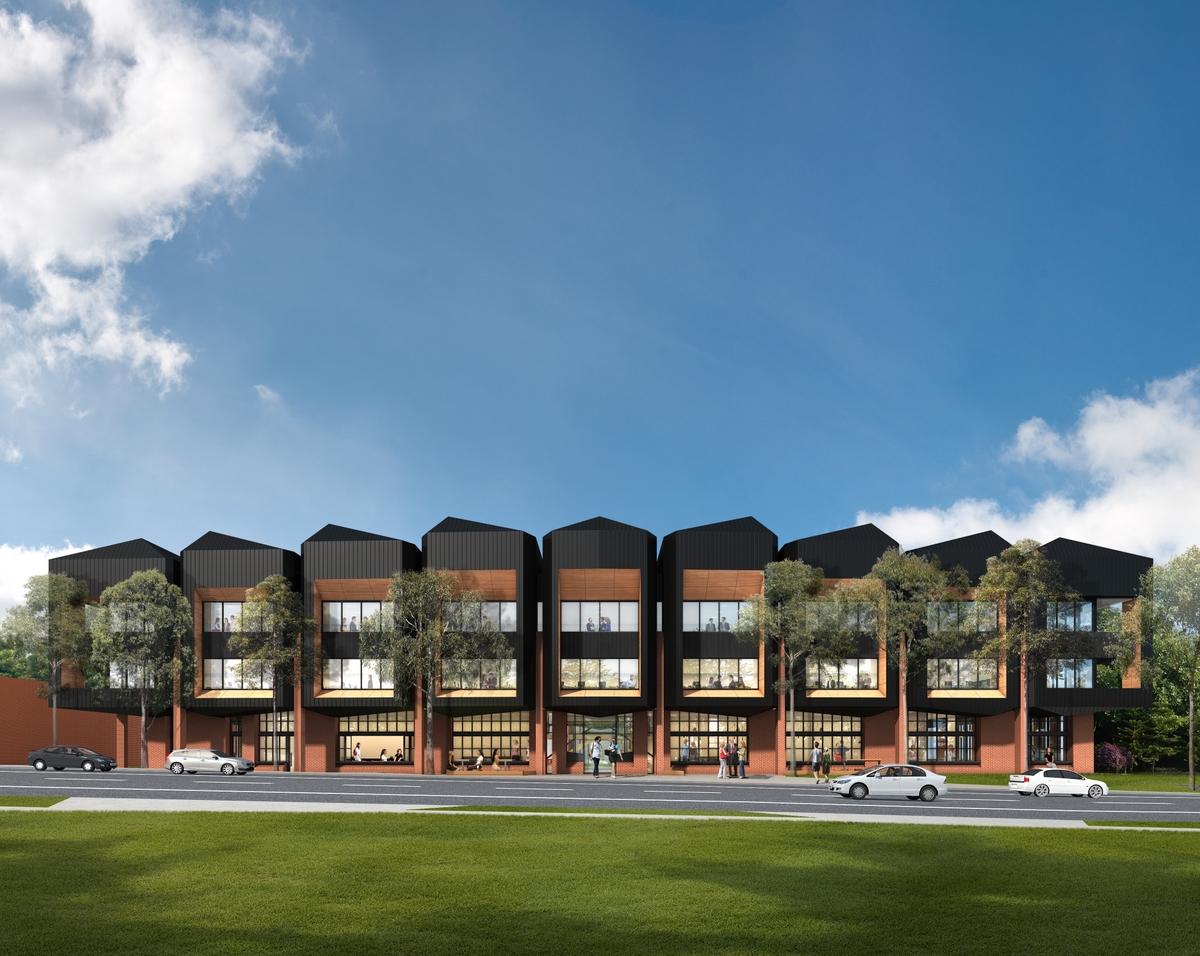