Establishing partnerships with local businesses is part of Castlerock’s DNA. So, when the opportunity to work with the Melbourne-based not-for-profit organization The Torch arose in late 2019 as one consequence of our GovHub project in Morwell, it aligned perfectly with our corporate and community goals.

The Torch’s mission is to provide art, culture and support to Indigenous offenders and re-offenders in the Victorian prison system. There are 14 jails in Victoria and the fact Indigenous people are over-represented in the prison system is a constant mantra of The Torch. But this organisation also has a very practical bent, of which one manifestation is how it encourages Indigenous people who are incarcerated to reconnect with their identity by creating and selling artwork.

By doing so it gives these inmates a sense of purpose that is often lacking in their lives. They are also paid an hourly rate for their work, with the invoice sent to Castlerock and full payments are forwarded to inmates upon their release.

On this occasion Castlerock could also involve a local business in this initiative. A furniture maker based in Tarwin Lower, Dave Rainy, was commissioned to build five meeting room tables for the Latrobe Valley GovHub. Normally, that would be that, but because of our relationship with The Torch we got the idea of having the tables delivered to Fulham Prison to undergo a “burning” of traditional Koorie designs by Indigenous inmates.

Working with organisations such as The Torch and local business owners like Dave Rainy is a salient reminder that corporate life is about much more than the bottom line. It allows Castlerock to invest in worthy local causes and, in this instance, to provide an avenue for Indigenous artistic skills to be highlighted in the community.

Today, the tables are a recognisable feature of the GovHub, a state-of-the-art building that is playing an important role in the economic and social transformation of the Latrobe Valley. Below are examples of the spectacular end results from the five tables that underwent the traditional burning of the Koorie designs. 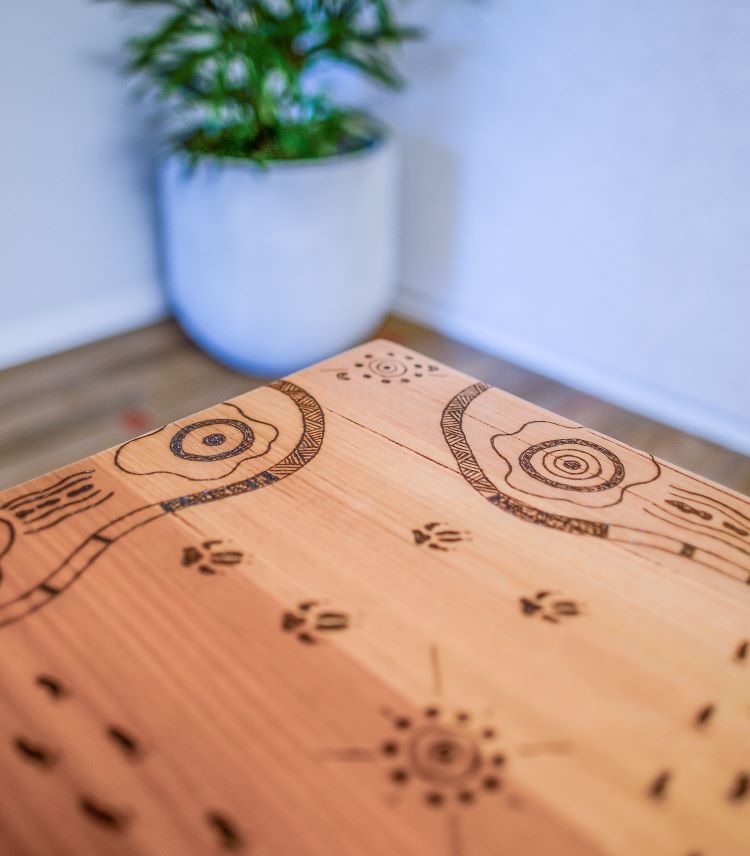