It’s a badge of honour that Castlerock wears proudly. The 445 Flinders Street building in Townsville, managed by Castlerock for its investors in the Auslink No. 2 property fund, is one of only 49 buildings in Australia to have achieved a coveted six-star NABERS energy rating. The asset, which was purpose built for the Queensland Government, is one of only seven in Queensland and the only one in Townsville to achieve this rating.

A NABERS (National Australian Built Environment Rating System) rating measures building performance on a scale of nil to six stars. The better a building meets sustainability measurements based on energy and water use, the higher it rates.

A market leading six-star NABERS energy rating is hard to earn. Certainly, it’s the highest accolade to be awarded for efficient energy and water use in the market. Castlerock invests time, effort and money to improve the NABERS ratings across all buildings in our funds  and tenants reap the rewards as energy and water costs fall. 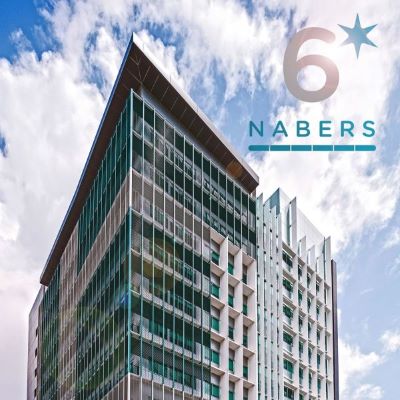 Strict attention is paid by the Castlerock team, headed by our National Facilities Manager, Dayne Carmichael, and ably assisted by Facilities Managers Casey Coe, Paul McGrady, Jenny Scott-Badans and Elizabet Acosta (our newest FM team member), to the efficient running of plant and equipment, lighting and water use to squeeze every last drop of performance out of each building – and the results are there for all to see.

Aside from Townsville, we have five buildings that have just missed out on the top billing but have a very credible 5.5 star rating. They are:

Continuing to improve the NABERS ratings of all our buildings remains a priority for Castlerock. Aside from the important environmental reasons for doing so, it also makes sound commercial sense for two reasons. First, the demand for energy and water keeps growing, making it imperative to make every effort to curtail consumption wherever possible. Second, tenants, especially governments, prefer buildings that enjoy a high NABERS rating.

Thank you to the Facilities Management team, that’s what we have been achieving. It’s a stellar performance, and, investors can be assured, one we will continue to improve on.